On Saturday, January 14th, 2012, BLV teamed up with a volunteer group in Lao Cai (LCO)delivering warm clothes, rice and oil to the 500 children of Phin Ngan village which is located in Lao Cai province in the North of Vietnam. This trip was a meaningful gift to the mountain children for the TET holidays (Vietnamese Lunar New Year). 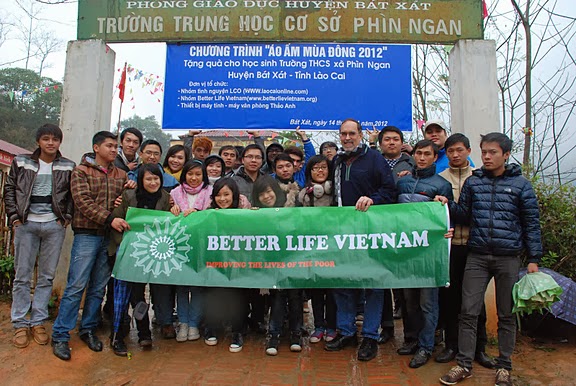 The BLV team had to take the train from Hanoi to Lao Cai. We started at Hanoi station on January 14 with 14 people carrying 10 bags of warm clothes. Everyone showed no sign of tiredness despite the long working day. All we felt was eagerness and enthusiasm. 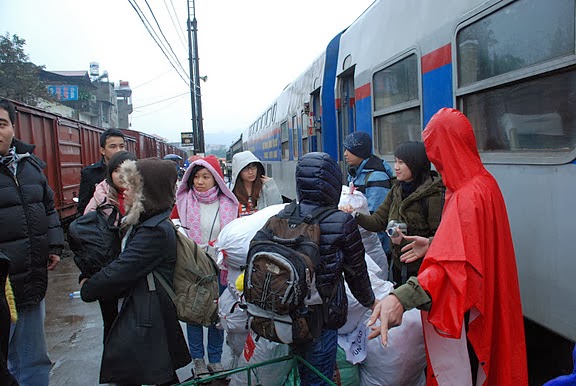 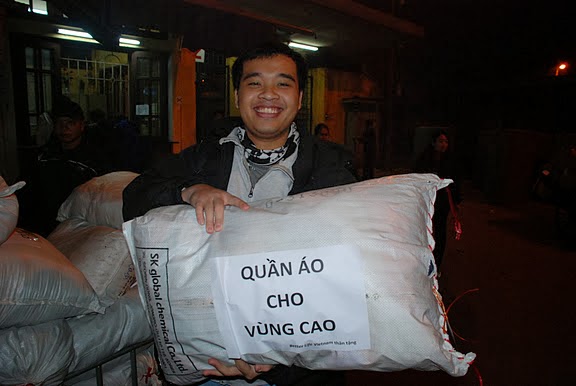 A BLV volunteer carrying a bag of warm clothes

We arrived in Lao Cai after 12 hours on the train. The Administrator of LCO group picked us up at Lao Cai station. The train was delayed for a few hours so we arrived much later than expected. We hurriedly did some quick introductions and then rushed to Phin Ngan Primary school where we carried out the gift- giving ceremony.Phin Ngan primary school is a small school on a hill, with more than 500 students, all of whom are an ethnic minority.
When we arrived at the school,we found that the school teachers and the children had been waiting excitedly for us. 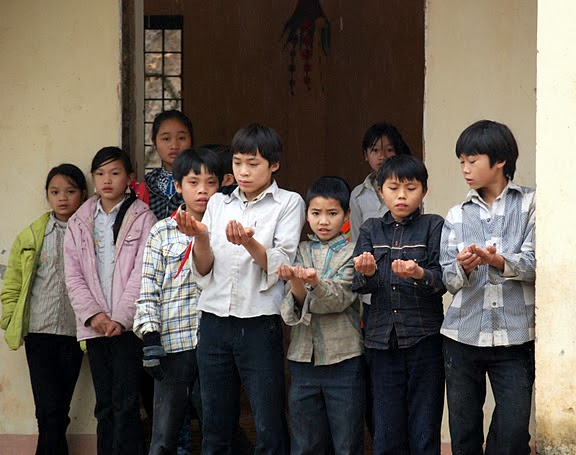 We quickly carried the bags of warm clothes, rice and oil to the school. The children also helped us carry the bags. 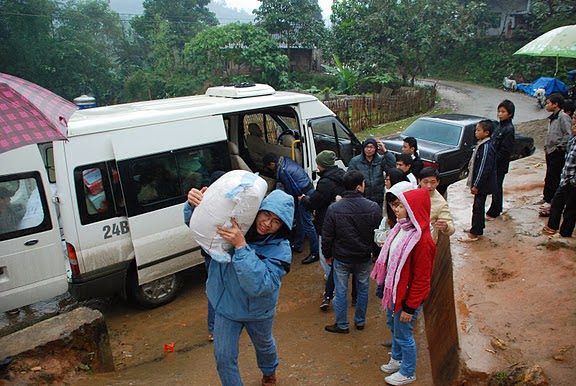 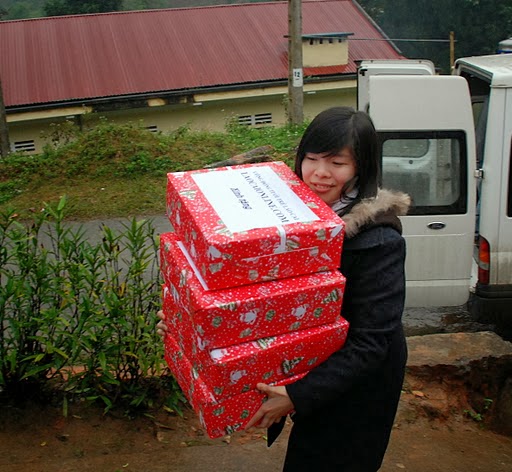 Poverty reveals its presence on the children’s figures. It wasn’t hard for us to see that almost all of them are much smaller than children of their age. However, they surprised us by picking up bags of rice and clothes which are twice as heavy as themselves. They had done a lot of hard work, which made them stronger. But that work is not for children. Indeed, they are small but you don’t know how much they have gone through. 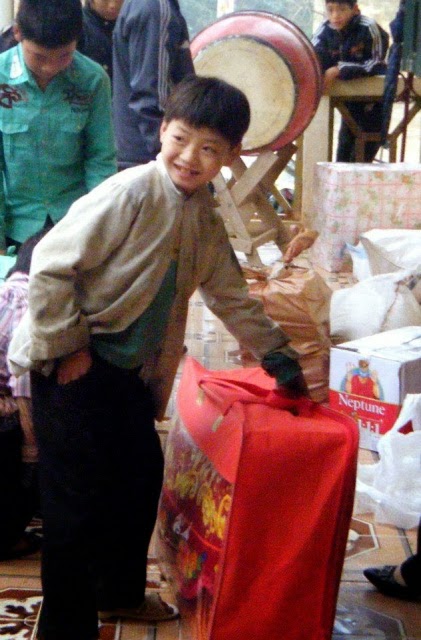 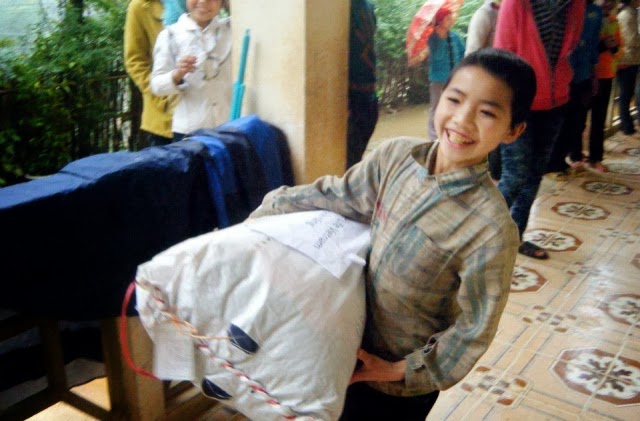 The school's teachers invited us to the meeting room where we carried out the gift-giving ceremony. 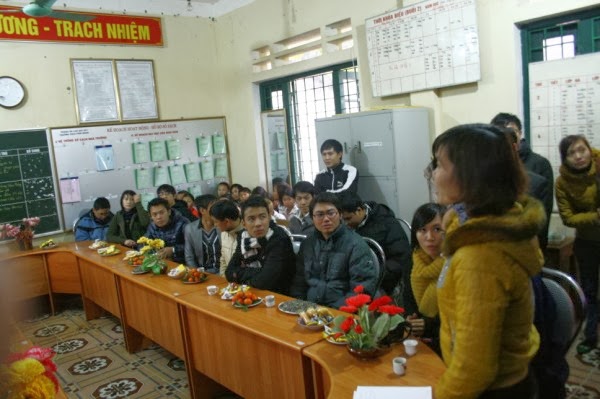 A representative of the school made a speech 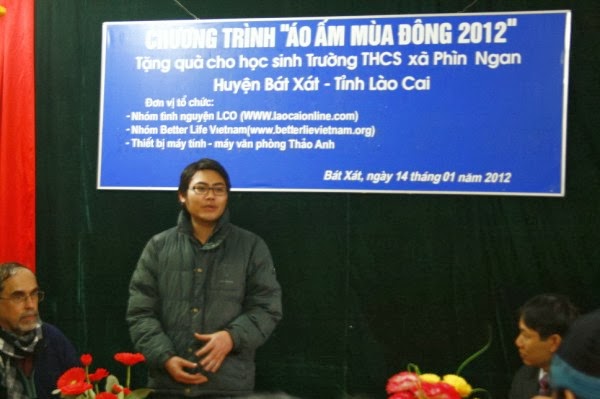 After the gift-giving ceremony, we organized some games and had so much fun with the children. At first they were very shy and reserved, but after a while they became more and more active and open. 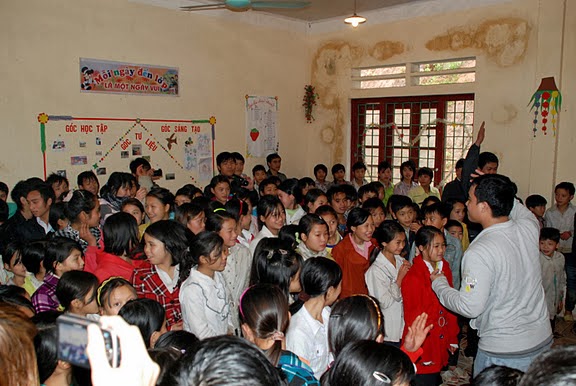 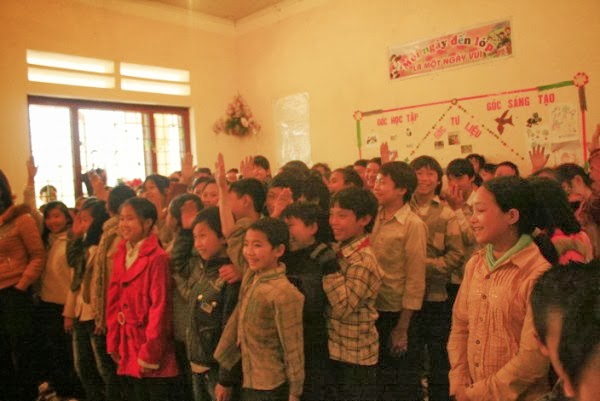 After the games, the children took us around their school and to the dormitory which accommodates half of the students who live far away from the school . Everything is so simple, indeed. The kitchen in the dormitory still uses coal and wood for cooking. The library doesn’t have many books and most of the books are in a bad condition. 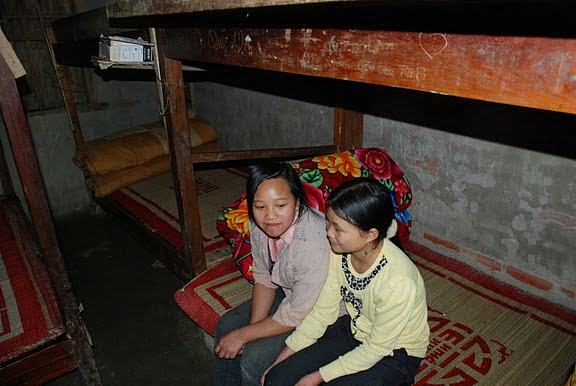 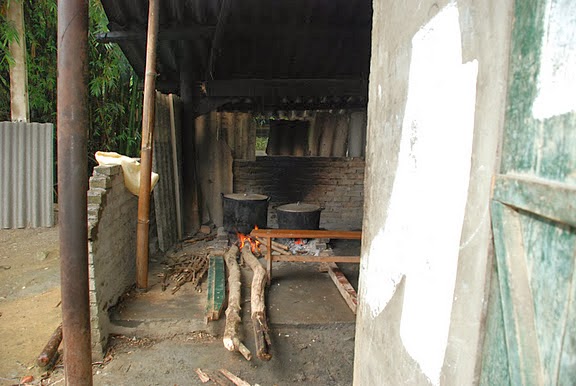 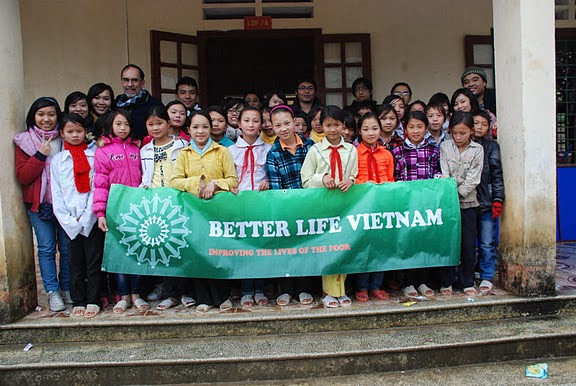 We are sure that none of us could ever forget the children after we looked into their eyes. They were so bright and innocent. Their eyes said that they had been waiting for so long and they were really happy to receive our gifts. They will have warm clothes to make this winter less cold. Their happiness is a powerful medicine dispelling all our tiredness after the long journey, and it is infectious. It becomes our motivation to work harder so that we will be able to help them have a better education and living conditions.
Labels: travel 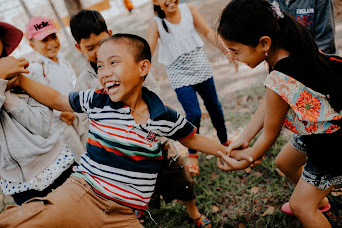 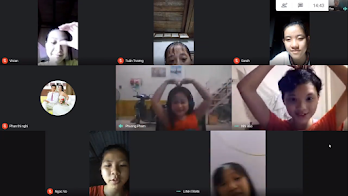